In 1978, Lambda Chi Alpha International Fraternity was invited to colonize at California Polytechnic State University, San Luis Obispo. At the time this was the largest colonization in the Fraternity’s history, having 65 young men accept bids for Associate Membership. Of the 65 Associate Members, 56 completed the Associate Member Education Program and were initiated as full members. Those founders are known as the Alpha Class. Our first High Alpha (President) was Ralph Saviano, and he earned the designation of initiate number 1. Today we have over 1200 initiates, representing leaders in every industry imaginable.

Going from Colony to Chapter was a rigorous process, requiring a highly motivated membership to establish full operations in all disciplines such as finance, philanthropy, recruitment, scholarship, fraternity education, and reporting. The Colony membership completed all requirements for Chapter status in record time, receiving the official Charter as Phi-Sigma Zeta in the Spring Quarter of 1979. These Charter Members include the original Alpha Class and two more known as Beta and Gamma Classes.

Commitment to excellence, breaking records, winning awards, and excelling in a multitude of areas was the hallmark for our Chapter. Under the leadership of our first House Manager, Chris Gatley, and only two years after the formation of the Colony, we purchased our first home at 1617 Santa Rosa Street. This was a huge feat for 18-22 year olds with no money, no alumni, and no financial support from the International Fraternity. There were many fraternities at Cal Poly who after decades still did not own a home. Years later we sold the Santa Rosa house and parlayed that gain into the current property on Foothill Blvd., steps from Campus, and with three houses on two adjacent parcels.

Lambda Chi Alpha Fraternity has a General Assembly every two years and Leadership Seminar alternating years, and at these events Chapters are recognized for excellence in programming. These are awards for Recruitment, Philanthropy, Scholastic Achievement, Public Affairs, Alumni Affairs, and more. But the coveted recognition is the Grand High Alpha Award (best Chapter). This is awarded to only 1-3 Chapters a year out of 200+ Chapters, and it’s based upon three years of trailing performance. In 1981 Phi-Sigma Zeta accepted the Grand High Alpha Award, the first year we were eligible. We have received the award 4 more times, and many other awards, making Phi-Sigma Zeta one of three most decorated Chapters in Lambda Chi Alpha history. 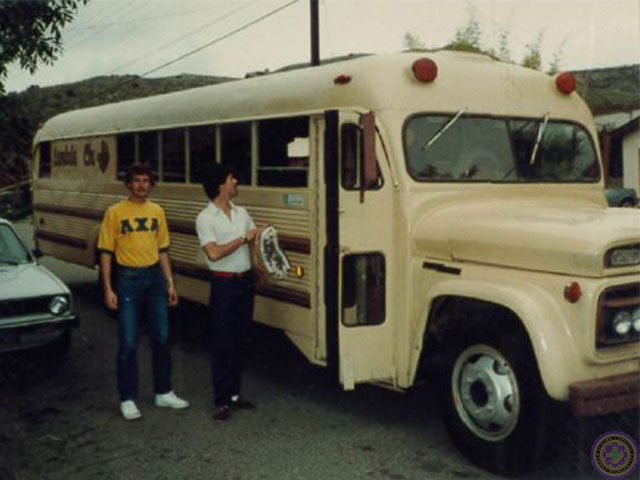 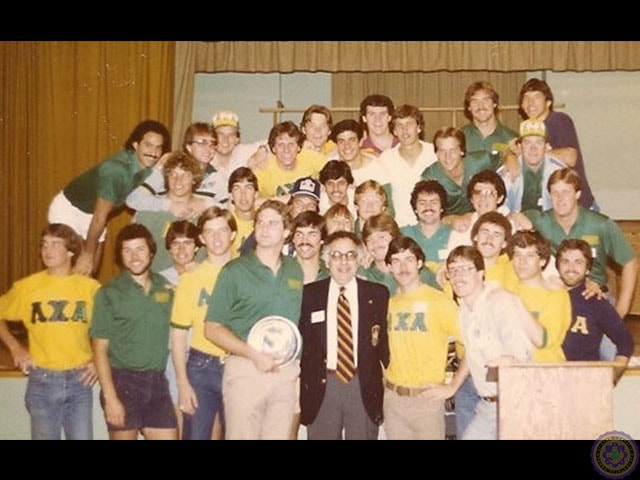