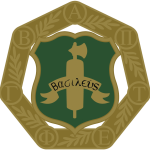 The Phi Sigma Zeta Chapter of Lambda Chi Alpha International Fraternity is one of the most decorated Chapters in the history of Lambda Chi Alpha, and considering we have only been in existence since 1978 this is a huge achievement. We have won the Grand High Alpha Award (Chapter of the year) five times out of 200 plus Chapters. Only two other Chapters have won more, and this is based on a consistent high performance for a three-year period. We have won many more international awards, including but not limited to Alumni Affairs Program, Tozier Brown Public Affairs, Warren A. Cole Recruitment, and Feeding America.

We have also had individual brothers receive the Cyril F. “Duke” Flad Outstanding Undergraduate Award, two brothers chosen to serve as Grand High Sigma (Board of the International Fraternity), and brothers who also served as Educational Leadership Consultants (ELC’s) for the International Fraternity. We have had alumni serve as Chapter Advisors (High Pi’s) at ours and other Chapters, an alumni brother serve on the Grand High Zeta, and one who served nine years on the Board of the Lambda Chi Alpha Educational Foundation.

Here are descriptions of the International Fraternity Awards:

Recognizes chapters who effectively use the Standards for Chapter Excellence program to continuously improve their fraternal experience.

Recognizes chapters that have developed an outstanding program resulting in superior academic achievement of its members.

Recognizes chapters that have developed and implemented well organized and effective recruitment programs.

Recognizes chapters that have maintained a superior level of operations for at least three consecutive years. A chapter may not earn the Grand High Alpha again until at least three years have elapsed since previously winning award.

Presented to a chapter that has made unusually positive strides in overall chapter operations for at least three consecutive years, taking into consideration improved membership size, depth of programming, and risk-free operations.

Awarded to chapters that collect and verify more than 25,000 pounds of food. The top 3 chapters received special recognition.

This award was created in 1970 to honor Duke Flad, who served as the Fraternity’s second chief executive from 1942-68. One outstanding undergraduate from among all student members is selected annually to receive this award.

The Order of Achievement is presented to those brothers of Lambda Chi Alpha who have distinguished themselves by outstanding accomplishment in their chosen field and serve as a role model through their success and have thereby brought honor and respect to our great Fraternity.

Fraternity Advisor of the Year

May be awarded annually to a Fraternity or Greek Adviser who has rendered exemplary service to the Greek system on a particular campus or on a number of campuses.

Since 1935 the Fraternity has recognized unusual, lengthy, and dedicated service — particularly at the local chapter level — with election to the Order of Merit.

Awarded to alumni brothers for outstanding contributions at the International Fraternity Level. 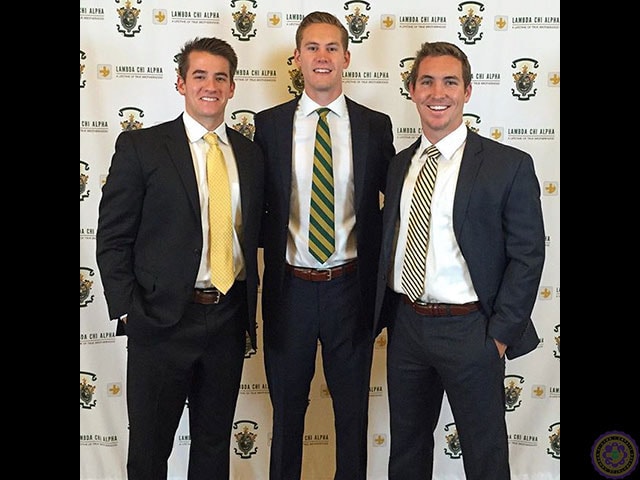 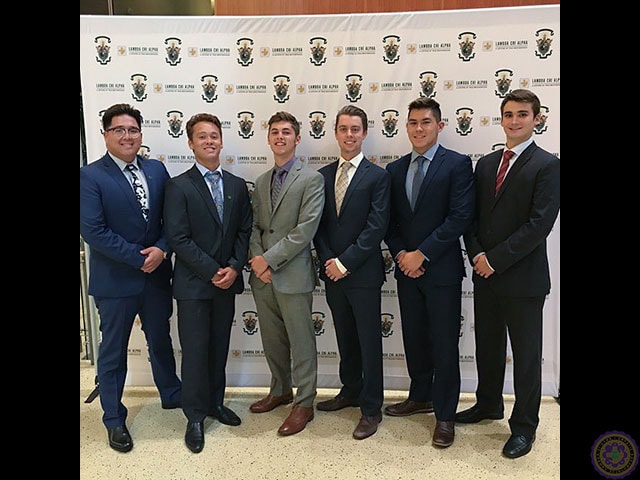 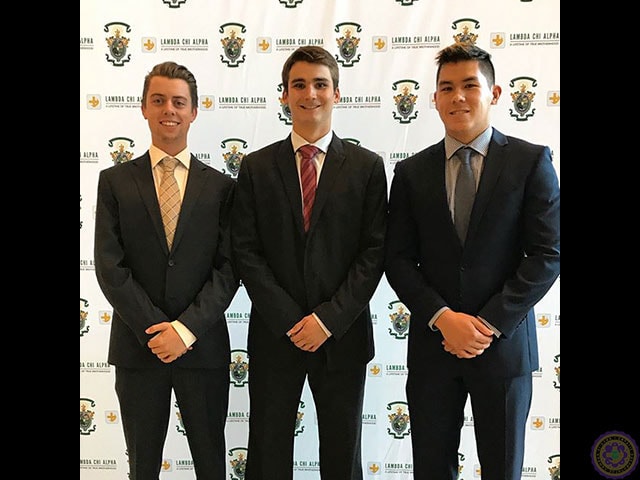